The name La Folia means “folly” or “madness”. It refers to a dance in 3/4 time that originated in the late 15th century. It was originally a quick paced noisy dance in which the dancers carried men, dressed as women, on their shoulders. There were many different basic themes and there was not one single fundamental melody that dominated the rest for these so called ‘early’ Folia. These Folias became very popular in Spain and Italy. 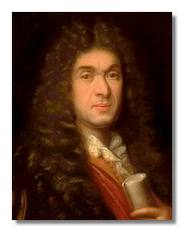 In the late 1600’s, the rhythm and melody were adapted into a kind of solemn passacaglia (Jean-Baptiste Lully, “Air des Hautbois”, 1672, see below) and it gained more popularity, particularly in higher society. This is known as the “later Folia”. It has been transcribed for virtually every instrument and has been used by more than 150 composers since then.

Early Folias were typically in G minor, later Folias usually in D minor. From a comparison by Richard Hudson:

• both are in triple meter,
• both have more or less parallel halves with the mid-cadence on V

A few of the differences are:

• the main musical distinction is the rhythmic structure, (the early Folia has its opening accent on the dominant -V chord, the later Folia has it on the tonic -I chord).
• The early folia may use a major or minor tonic chord or mix them within a single statement, the later folia uses a minor tonic chord.
• The accents in rhythm in the early folia (with its fast tempo) are caused by chord changes in the second beat, while in the later folia there are hardly any chord-changes within a bar (except for bar 15), so the accent is caused by dotted 2nd beats of melody, especially in odd-numbered measures.

Figure 1, Example of an Early Folia

The later Folia is a relatively simple melody of 16 bars with a standard chord progression. It has a stately slow rhythm with the 2nd beat of the melody is lengthened (similar to a sarabande). It also has a repeating ground bass, similar to a passacaglia.

Figure 2, Example of a Later Folia

One can also look at it as a chord progression (repeating harmonic and rhythmic pattern), similar to the 12 bar blues scheme. It is a perfect model to improvise upon and to write variations for. The ‘later’ Folia chord progression is already detectable in the Fitzwilliam Virginal Book (~1618) as part of an anonymous tune called Pakington’s Pownde.