I’d like to invite you to a special Kritzer Studio Gathering on Friday, February 17th at 7:00 p.m. Come see my new studio and hear some exciting news regarding the release of my new Method for Classical Guitar. This is the fruition of over 30 years of teaching and 5 years of intense writing and research. Also, you’ll be the first to hear some exciting news about next season! (There is very limited space so if you’d like to attend please R.S.V.P. by going to Contact and letting me know how many people.)

I’d like to offer a short program of music for classical guitar as well as classically arranged popular songs by my first teacher and brother, Jack Kritzer. It seems fitting to have Jack (my big brother) a self-taught guitarist, here at this special event as he was my inspiration for learning to play the guitar. This will be the first time we’ll be sharing the stage together! 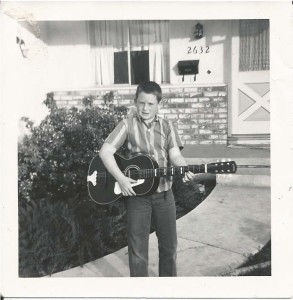 Inspired by Jack I made a guitar from a cigar box, a piece of pine and rubber bands. My parents got the message and got me my first guitar.

When I was 9 years old my older brother Jack was 18, cool and 60’s hip. Like most 60’s guys he got a guitar and somehow found time to teach himself when he entered the Air Force. 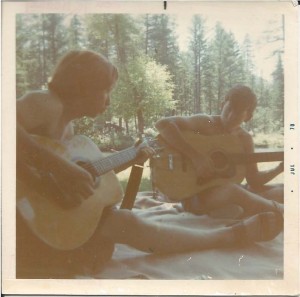 When he would come home on leave I’d beg him for a lesson. And then I had only minutes before he’d get frustrated with my cumbersomeness. I learned to watch and learn quickly. A skill that became handy when working with Michael Lorimer or in a Master Class setting where one had to assimilate, adapt and output new concepts on the fly. I practiced constantly, to the point where when my grades suffered my parents threatened to take my guitar! 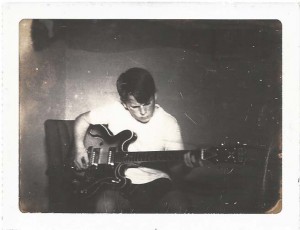 Jack continues to play (through a career as an air traffic controller and owner of a tile business). He now lives in Duluth, Minnesota. You can hear his music at the Jack Kritzer YouTube Channel!

So it feels appropriate that at this momentous time in my career that I share this evening with all of you along with my brother.

The Gathering will take place at the Scott Kritzer Classical Guitar Studio located at 1235 SE Division, Suite 102 located at the corner of S.E. 12th and Division. (Available on Google Maps.) This is the same location of Euphoria Studios where our private performance will be held. See the schedule below: