With the drone of the hurdy-gurdy as its backdrop this arrangement, the final work from Franz Schubert’s epic work Die Winterreise, gives the classical guitarist a chance to play one of the great works from the Romantic period on solo guitar. 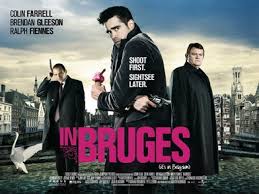 Featured in the 2008 film In Bruges, Der Leiermann is the final work of a major song cycle set to the poetry of Wilhelm Müller. This haunting work reflects the desperation of a street musician (a hurdy-gurdy player) as he plays with stiff fingers, barefoot on the frozen ground. His begging plate is empty and the only attention he garners is from snarling dogs.

Characteristic of Schubert’s Winterriese is the elevation of the accompaniment in equality to the singer.  Der Leiermann’s accompaniment features a repetitive pattern, with slight variations – each answered with a haunting melody that reflects the desperation of Müller’s poem.

I made this arrangement after a series of performances with baritone Marc Gremm. I realized that placing both the accompaniment and vocal line together was a natural fit for the deep sound of the classical guitar. The reentrant tuning of the 5th and 6th strings makes this a moderately easy work to learn and perform.

Winterriese was Schubert’s final work and Der Leiermann was edited by the composer just before his death in 1828.

To purchase a copy of this arrangement as well as other arrangements go to my Store and scroll down to Arrangements. Arrangements from my Classical Guitar Christmas are also available there.