One of the great benefits of Classical Guitar Immersion is the collective knowledge and experience that the participants add to the week-long event. In fact, it’s an integral part of the ‘immersion’ experience. This happens informally, with chats on the way to the dining hall, or at night by the fireside, or in our ’round tables’ where we discuss a particular subject.

One day Tom Page was telling me his thoughts on the effects of adrenaline on performance anxiety – which I found very revealing – so I asked him and Doug Campbell (an MD) to lead a discussion on the subject. Tom explained that his expertise was what he could garner from his wife (she does research on stress and immunity at Johns Hopkins University), and Doug shared that he’d retired from practicing medicine years ago, but that he had a brain iPhone app (funny guys, to boot.)

Tom discussed the idea of the guitarist’s hands shaking while playing and that it possibly comes from the effects of adrenaline. When the mind finds itself in an adrenaline producing condition, the well-known ‘fight-or-flight’ syndrome kicks in. Adrenaline signals the brain to send a signal to the large muscle groups (flexors and extensors) to fire, or ready themselves for action. Since muscles only contract by brain impulse, this causes a near-simultaneous firing of the two muscle groups. This is to allow for the ability to defend by pushing away (with the extensors) or to engage a more offensive move by pulling something inward (flexors). The rapid, near-simultaneous firing of these muscle groups in the arm also cause the hand to shake. 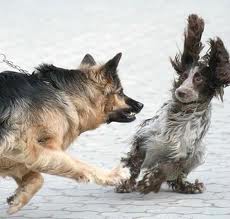 As soon as Tom mentioned this, I remembered early in my performing my career that my hand used to shake, and the cure I’d found. When I found my hand bouncing or shaking a bit, I used to concentrate on digging into the ‘spot’ (where nail and flesh hit the string), and depress the string a bit more from my MP joint, which causes a stronger sound. This caused my hand to stop shaking, but I remembered another thing that happened that I could never explain: my nervousness would also go away.

It’s my humble hypothesis that the latter effect (disappearance of the original anxiety) was due to the fact that I was using one muscle group over the other (the flexors over the extensors), in effect, negating the need for the extensors to fire. I’m thinking that this might have sent a signal to my brain that the danger was over, thus dissipating the adrenaline. Ultimately, this caused the original symptom to disappear, and my anxiety was greatly diminished.

So, am I wrong? Does anyone have any information on why this would happen or on the original precept? I’m curious.
Thanks – Scott