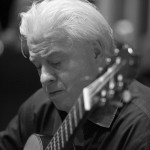 theatre located in the Clatskanie Cultural Center, 75 South Nehalem in Clatskanie, Oregon. The concert begins at 3 pm. Tickets are $10 and may be reserved by calling 504.728.3403 or purchased at the door the day of the performance.  The ticket booth opens opens 30 minutes prior to the performance at 2:30. 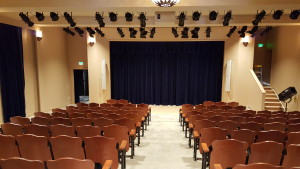 Elsa Wooley, Executive Director of the Clatskanie Arts Commission, and I have been talking about my performance at the intimate 168 seat theatre for a few years. Finally, as the 18 month and 3 million dollar plus renovation finished we settled on a date. “We thought of you right off the bat” Elsa said – the 168 seat hall could a great setting for a classical guitar recital.

One of the aspects I enjoy most about playing smaller communities is the fervent support for the arts. Sometimes that passion comes in the form of historic renovations. I’ve played in many Opera Houses and theaters in historic buildings that were once slated for demolition and turned into performing spaces when local arts advocates stepped. This changes a communities landscape dramatically.

For decades, the Independent Order of Odd Fellows Hall (home of the new Birkenfield Theatre) was a prominent center of community life in 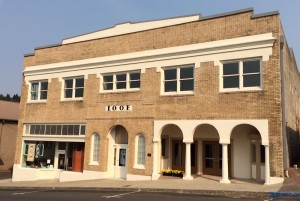 Clatskanie. The building was added to the National Registry of Historic Places in 2012. Nearly every adult who grew up in Clatskanie remembers going to movies, dance classes, public celebrations and civic meetings at the I.O.O.F Hall. Watching movies at the ground floor Avalon Theater was a popular activity, but by the 1990s the building became an eyesore. After it was sold by the dwindling membership of the Odd Fellows Lodge, it fell into disrepair through neglect by a series of private owners.

Renovating the I.O.O.F. Hall began to emerge as a dream of community members in the late 1990s. In 2005 when the Clatskanie Foundation received a significant bequest from the estate of C. Keith Birkenfeld, for whom the building’s new theater is named.

On the Sunday June 5th program I’ll be performing works from my Romance for Guitar recording as well as works by Weiss, Walton and Albeniz. 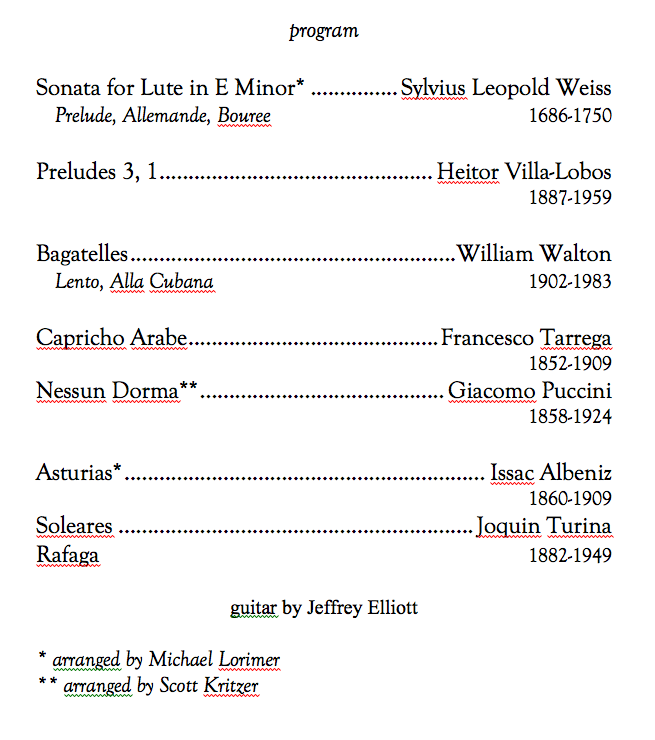