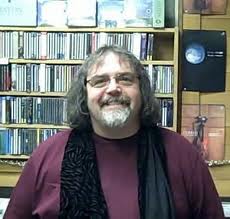 This coming Saturday, hundreds of independently owned music stores across the country will celebrate the 5th annual Record Store Day, an event which celebrates the art of music and the unique culture surrounding more than 700 independently owned record stores across the United States and hundreds more internationally. Here are Classical Millennium’s plans for the day:

In-store performances, which are free and open to all.
2:30 – 3:00 – Scott Kritzer, classical guitar
Scott is easily the Northwest’s finest classical guitarist, and a Portland audience favorite. Please join us for his performance of works by J.S. Bach and Fernando Sor. Here is what New York Times critic Bernard Holland has to say about Scott, “…an intelligent and self-assured musician with a sure technique and a rare musical sensitivity.” Scott’s most recent CD release is called “Romance for Guitar.”

3:00 – 3:30 -Joel Belgique, viola and Inez Vogler, violin
Joel is the principal violist of the Oregon Symphony and Inez Vogler is a member of the Oregon Symphony’s second violin section. Their program will include the Handel-Halvorsen: Passacaglia, which is a remarkable show piece, and 3 Lullabies by Northwest composer Tomas Svoboda, which were written as a gift upon the birth of Joel and Inez’s son, Alejandro. Joel recently released his first solo CD, entitled Mid-Century Modern.

Autographed CDs
Oregon Symphony ticket vouchers:
With any $100 purchase at Classical Millennium on Record Store Day, receive a voucher redeemable at the Oregon Symphony box office for a complimentary pair of tickets to hear pianist Arnaldo Cohen perform Tchaikovsky’s Piano Concerto # 1 on Monday, May 14. This terrific offer is limited to 4 ticket vouchers.

Value added items and giveaway items
We will have a wonderful selection of items that will be given away free with any classical music purchase on Record Store Day. This is a good day to bring your classical music shopping list in to Classical Millennium and be surprised.
WE LOOK FORWARD TO SEEING YOU SOON!