Water Music Festival with the Miramont Trio – SOLD OUT! 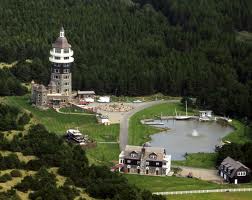 The Miramont Trio (Janet Chvatal – coloratura soprano, Marc Gremm – baritone and Scott Kritzer – classical guitar) will perform for the Water Music Festival’s 30th Season Celebration on Saturday, October 18th at the Leadbetter Farms Lighthouse in Long Beach, Washington. Local fans are invited to come for the weekend. Come stay with us at the Shelburne Inn. Saturday night’s festivities begin at 6 pm. Leadbetter Farms is a fantasy venue with flaming dragons, outdoor sculptures and a lagoon on 600 oceanside acres. The concert is held in the lavishly built lighthouse. Enjoy the Leadbetter Farms sunset before the concert with wine from a no-host bar and wonderful light bites from the area’s best restaurants. Then settle in for an exquisite and highly entertaining evening of music by the Miramont Trio, one of Water Music Festival’s all-time favorite artist ensembles to perform here! The Chvatal/Kritzer Duo’s premier performance was at the Water Music Festival in 1996 and they have been featured many times since. Thier 2014 performance will include opera and chamber works arranged by Kritzer including Bizet’s Habanera (LISTEN), Puccini’s Nessun Dorma  for solo guitar, and works by Andrew Llyod Webber, Schubert, Albeniz and Bach.

American soprano Janet Chvatal made her professional debut on Broadway in THE FANTASTIKS, and her European debut in Vienna as “Christine”in Andrew Lloyd-Webber’s THE PHANTOM OF THE OPERA. German Baritone 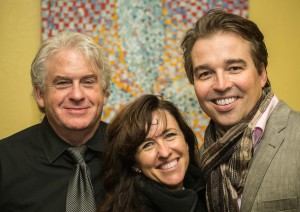 Marc Gremm’s first musical performances included the leading role in THE SECRET GARDEN and DANCE OF THE VAMPIRES. Soon after, Mr. Gremm performed the leading role of “Javert” in LES MISERABLES. Guitarist Scott Kritzer’s consummate commitment to technical excellence as the solid structure beneath an unparalleled sense of musicality has brought him decades of accolades from audiences and critics alike in concert halls around the world including Carnegie Recital Hall and Wigmore Hall in London. In 1996, he was chosen by then Senator Mark O. Hatfield to represent the State of Oregon in a performance at the Kennedy Center.

Other artists on the weekends events include the Augustana Jazz Quartet (Friday, October 17th) and the Grammy-Award winning Tingstad and Rumble on Saturday afternoon on the 18th. Those who would like to visit for the weekend can book rooms at the historic Shelburne Inn. Mention the Miramont Trio and receive a 10% discount on your stay! You’ll likely hear some informal performances by the artists at the Shelburne and be treated to fantastic farm to table dining. Also, hang around after the concerts for some late night appetizers and drinks with the artists! 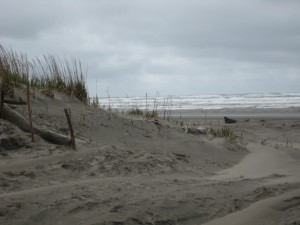 For more information and to purchase tickets go to Water Music Festival.

Scott Kritzer
This entry was posted in Concerts and Events, Kritzer Studio News. Bookmark the permalink.