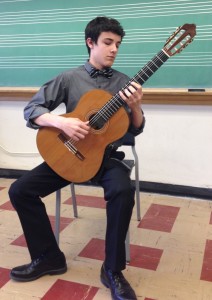 Michael competed against a large field of guitarists ranging in age from 13-18 years old. In the semi-final round Michael played Valse, Opus 8 by Augustin Barrios. Three guitarists were then chosen for the final round where each played a 15 minute program of their choosing.

Third Place went to Abigail Gilbert who played with confidence and strong tone. I really enjoyed her O’maggio pour Debussy by Manuel de Falla. The first ‘modern’ piece written in the 20th century which calls for mature color and phrasing – all of which Abigail brought out like a seasoned player.

Lucas Victor placed Second. Deeply felt emotion was Lucas’ strong point. His unique phrasing was personal, intimate and effective. A very enjoyable performer who puts 100% of himself into the performance. 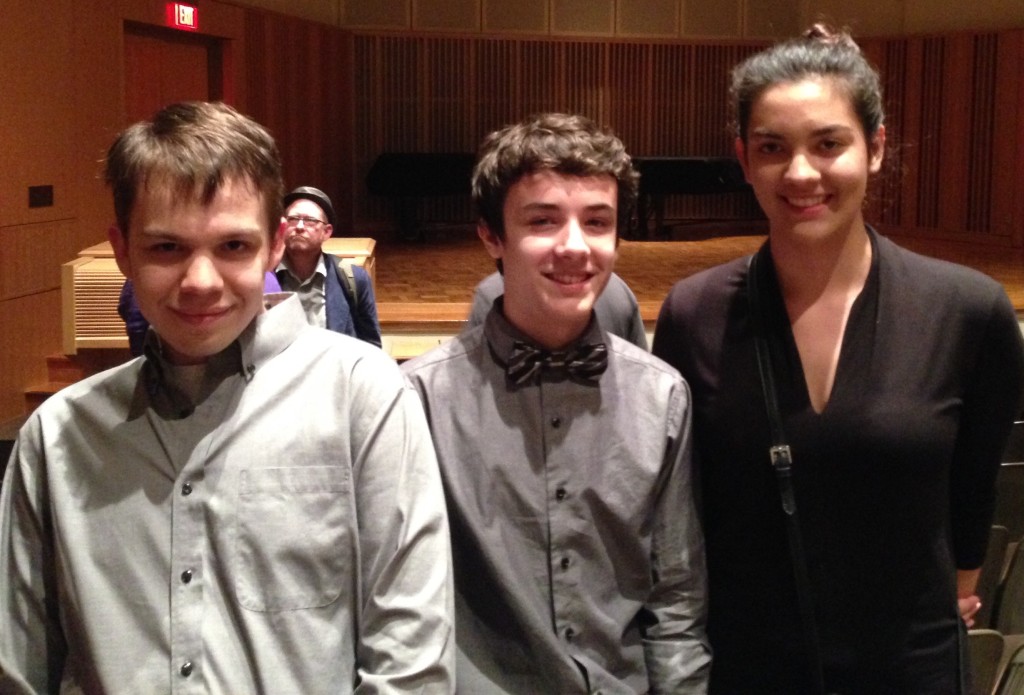 Michael played a stellar program of mostly virtuoso works. In addtion to the Barrios Valse mentioned earlier he performed Las Abejas by the same composer. His tempo on the latter perhaps reflected our pep talk backstage or the fact that he had to get all the repertoire in under 15 minutes. Regardless, his tempo was quick and playing increadibly clean.

His second work was meant to contrast the virtuosity of the opening set and Michael didn’t disappoint. He played Endecha by Francisco Tarrega with beautiful phrasing and warm tone. Finally he finished with the Prelude and Allegro from Bach’s famed Prelude, Fuge and Allegro, Michael Lorimer edition. The Prelude  was thoughtful and the Allegro was a real romp.

Michael’s stage presence was fantastic. Dressed sharply with a bow tie he walked confidently on stage and literally took the stage, occasionally looking out the audience and smiling while simultaneously negotiated trecherous passages. 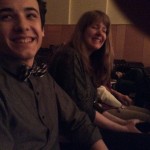 Sitting and waiting for the judges decision was grueling. Micheal was joined by his mother and grandmother and we were a row of bundled nerves. I looked over at Abigail’s father and saw the same look on his face and gave him a ‘thumbs up’. Relief came when the final decision was announced. 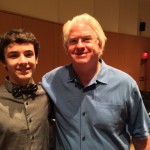 I was so proud of Micheal – he fought the demons that all competitiors and performers must learn to do. He faced his fears and beat them down with probably the best performance of his lifetime.

Bravo to Micheal, Abigail and Lucas and the parents of these fine kids, and to all the other competitors. As my teacher taught me, and I try to instill in my students; the preparation is where you gain 95% of the benefits.

In addition to his first place dollar award Michael and his family won a trip to his favorite restaurant, (Sharis), courtesy of his guitar teacher.

A special thanks to James Reid, Founder Northwest Guitar Festival.

Scott Kritzer
This entry was posted in Kritzer Studio News. Bookmark the permalink.